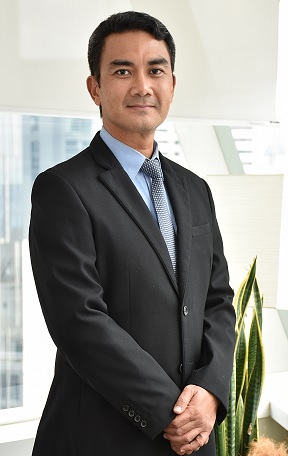 Encik Mohamed Niza Bin Haji Abu Bakar, was appointed as Executive Director of the Company on 31 July 2020. He was nominated by the Ministry of Finance to be the Executive Director of the Company as well as a representative of Urusharta Jamaah Sdn. Bhd., which is a company owned by Ministry of Finance Incorporated and which is the largest single shareholder of the Company.
As the Executive Director, Encik Mohamed Niza is both a member of the Board as well as the Chief Executive of the Company. He is primarily tasked not only to manage the THHE Group of companies but more importantly to revive the business of the Company and the Group, to turn-around the Company and to lift the Company out of the PN17 state that the Company is currently in.
Encik Mohamed Niza holds a Bachelor of Arts Degree in Accountancy Studies (Honours) from Portsmouth University, United Kingdom. He has over 20 years of experience in various fields with a multitude of organisations ranging from the Government to public companies and spreading across regulatory functions, manufacturing as well as corporate finance and was involved in all levels from ‘hands on operations’ to Management and Leadership.
Encik Mohamed Niza started his career with Bank Negara Malaysia, Malaysia’s central bank, in 2000. After serving with Bank Negara for five years and attaining the position of Senior Executive, Encik Mohamed Niza left Bank Negara in 2005 to begin his corporate career with a few listed entities and advisory firms. In the years after leaving Bank Negara and before being appointed as the Executive Director of the Company, Encik Mohamed Niza had amassed extensive experience through being involved in and managing fund raising exercises, debt recovery, corporate restructuring and turn-around, corporate valuation, financial due diligence as well as mergers and acquisitions (“M&A”). He was also involved in the restructuring of several PN17 listed companies either in an advisory role or being part of the management team.
Starting as a Senior Manager in a company in the automotive manufacturing industry in 2005, he went on to serve as a Group Chief Financial Officer and later as the Chief Executive Officer of an investment holding company; the Managing Director of a service company in the oil and gas industry which later ventured into the marine and shipping industry; then as an Associate Director of a company that was a key member of a firm of Chartered Accountants and Business Consultants. He joined the Federation of Investment Managers Malaysia (“FIMM”), which is a Self-Regulatory Organisation (“SRO”) under the Securities Commission of Malaysia, in 2014 as the Chief Executive Officer after which he went on to serve as the Group Chief Financial Officer in two companies until 2018 after which he was with a Corporate Advisory firm for a couple of years until he was appointed as the Executive Director of the Company in July 2020.