You are here: Home » About Us » Board of Directors » Ir. Abdul Manap bin Ali Hasan 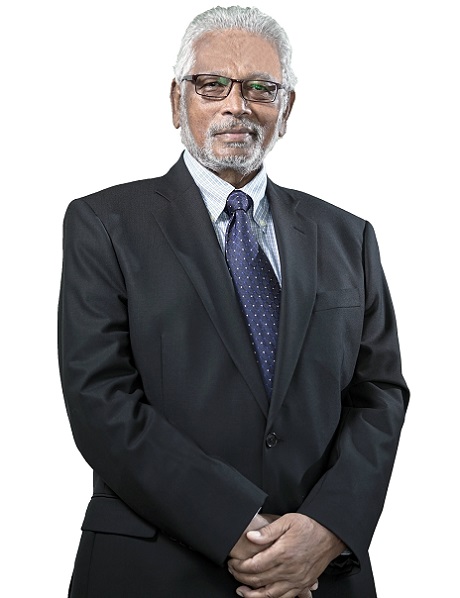 He has held professional position as Chairman of the Joint Branch for Royal Institution of Naval Architects and The Institute of Marine Engineering Science and Technology (UK).

Ir. Abdul Manap has also been involved in tug operations. In 1993-1995, he was responsible for the privatization of Naval Dockyard Sdn. Bhd.. As Vice President Special Projects at Penang Shipbuilding and Construction Sdn. Bhd. (“PSC”), he was responsible for the development of new business, joint ventures, acquisition of companies relating to the shipbuilding and marine engineering sector for the group.

In 1997 he left PSC Group of Companies to pursue his own consultancy business. He has 15 years of experience in consultancy work providing services related to the shipping, ports, leisure, fisheries and oil and gas sectors.

On 2003-2004, he took up a position of Vice President- Fleet Management Division at KIC Oil& Gas Ltd, a company which operates a VLCC as a Floating Fuel Oil Processing Terminal and a 30,000 dwt product tanker which trades internationally.

In 2006 he joined MRR Consult as Senior Consultant and Chief Operating Officer. In May 2011, he was appointed as Non-Executive Director of Integrax Berhad as well as a member of the Audit Committee, Risk Committee and Tender Committee. Integrax Berhad is a company that manages The Lumut Maritime Terminal and the Lekir Bulk Terminal. He was also appointed to the board of Lumut Maritime Terminal.

In February 2016 he stepped down from Integrax Berhad as it was delisted and acquired by TNB.

He has since then involved in advisory roles in the shipbuilding and ship repair industry.

With all these experiences that Ir. Abdul Manap possesses, he brings to any organisation abundance of strategic wisdom and technical know-how in this very unique industry. Having someone with such complete portfolio is uncommon, and hence, it will be a golden opportunity to tap on his knowledge and capabilities, especially during this recovery period of overcoming a challenging economic condition that the world are currently facing.

Ir. Abdul Manap does not hold any directorship in other public companies or public listed companies, except TH Heavy Engineering Berhad.