You are here: Home » About Us » Board of Directors » Tuan Haji Mohd Khalid Bin Mohamed 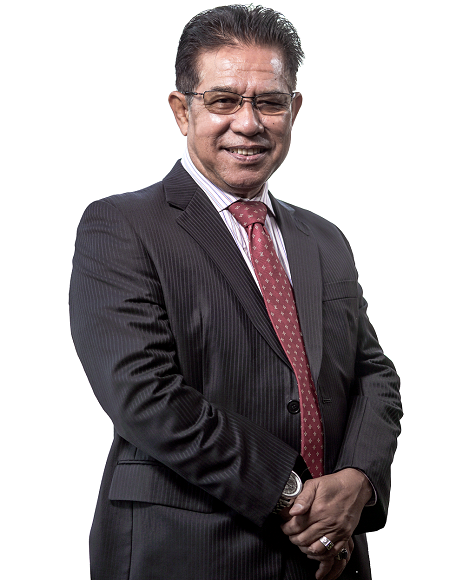 Prior to that, he was involved in the East Klang Valley Expressway (EKVE) Project as a Senior General Manager with Ahmad Zaki Sdn. Bhd., where he had led the negotiation of technical and commercial terms of the Concession Agreement with the Ministry of Works.

During his time there, Tuan Haji Khalid also assisted the company to secure sukuk financing of RM2 billion and collaborated in securing Government Support Loan of RM635 million.

Among other positions he has held were the General Manager of IJM Construction Sdn. Bhd., where he was entrusted to set up and lead the concession company towards full operations of the Kajang Seremban Highway (LEKAS) Project as well as General Manager of Gamuda-Percon Joint Venture for the Shah Alam Expressway (KESAS) Project.

Tuan Haji Khalid obtained his Ordinary National Diploma in Engineering in 1975 from Southampton Technical College, United Kingdom before furthering his studies at the Loughborough University of Technology, United Kingdom where he obtained a Bachelor of Science in 1978.