You are here: Home » About Us » Board of Directors » Dato’ Abd. Aziz Bin Sheikh Fadzir 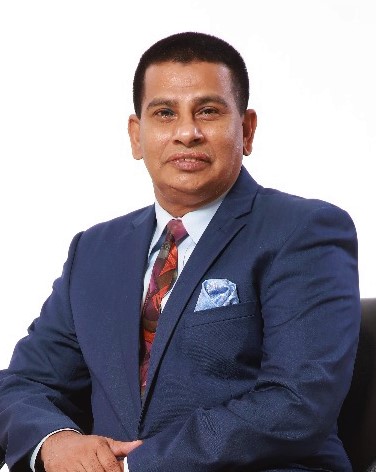 Dato’ Abd. Aziz Bin Sheikh Fadzir (“Dato’ Abd. Aziz”) was appointed as the Company’s Chairman on 25 May 2021. He holds a Bachelor of Science in Accounting, a degree from Purdue University, Indiana, United States of America.

Dato’ Abdul Aziz worked in several construction and property development companies prior to joining Gold Bridge Engineering and Construction Berhad as the Executive Director in charge of the overall management and operations since 1989.

Dato’ Abd. Aziz was appointed to the Board of Kretam Holdings Berhad (“KHB”) on 1st of July 2002 as a Director and Executive Chairman until July 2018. Moreover, he was a part of the Board of Destini Berhad from 2010 to 2018. He also sat on the Board of Safeguard Corporation Berhad, Universiti Utara Malaysia and Kedah State Economic Development Corporation (“SEDC”).

He was also the Chairman of Rangkaian Hotel Seri Malaysia and Utusan (Melayu) Malaysia Berhad until 2018 and 2019 respectively. Currently, Dato’ Abd. Aziz serves as Chairman of Suria Strategic Energy Resources Sdn Bhd and Dayanine Group of Companies since 2020.